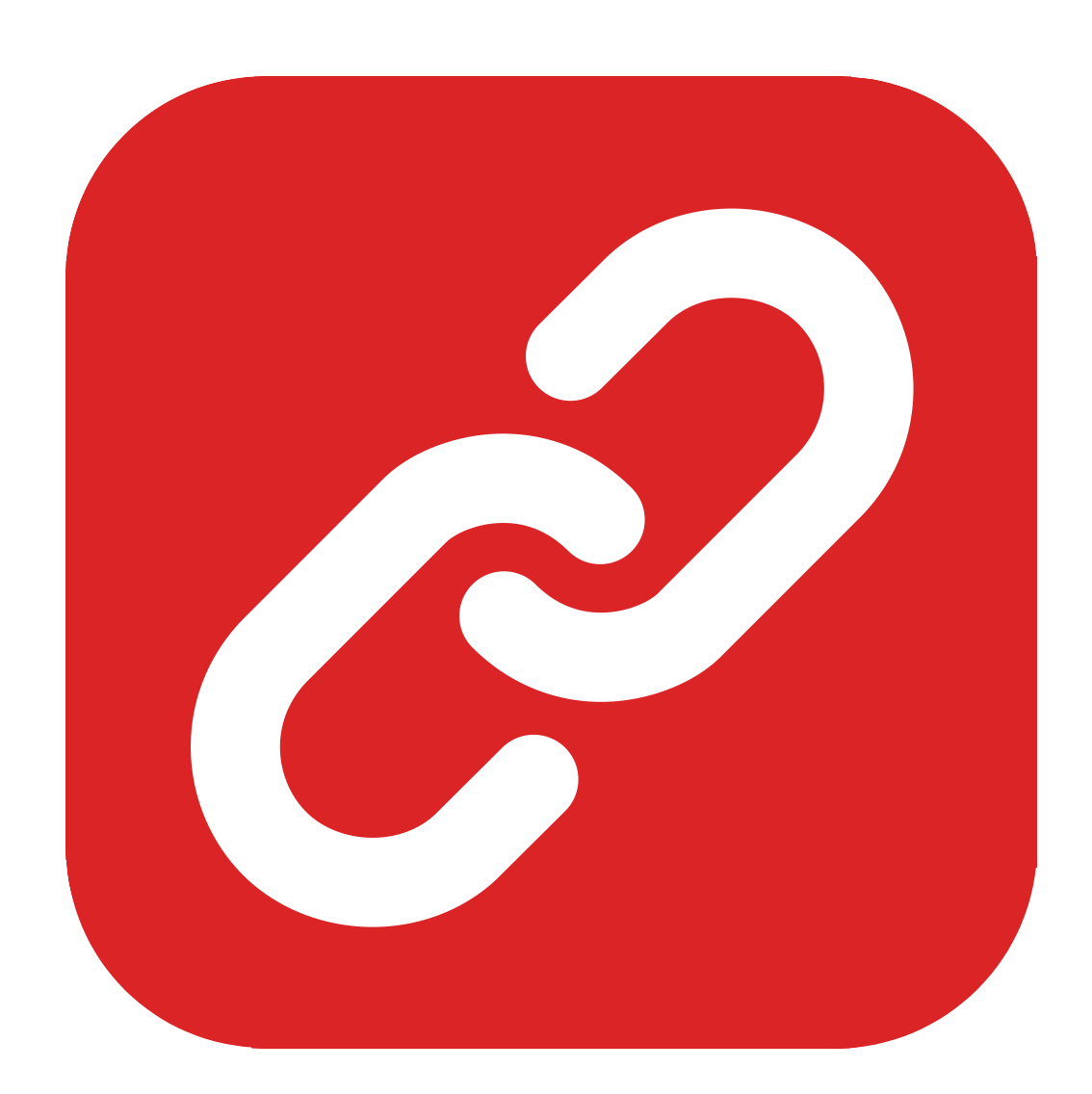 Before we get into any of the specifics of the Causality Story Sequencer, let’s have a general look at how the software works.

The best way to show you this is with a sample script, so that you can see many of the features that Causality offers you.

As you can see, Causality looks very different from most writing applications out there. So, if you see this the first time, and you feel a little intimidated by all the colors, elements, and graphs, just take a moment to relax. We will take this one step at a time and for now, you don’t need to know how any of this works.

We’ll just take a broad look at the program so that you get a sense for the way it is designed to work and what these different areas of the user interface are.

At the left side of the screen, you see what is probably the most familiar element to you here, which is the actual screenplay. 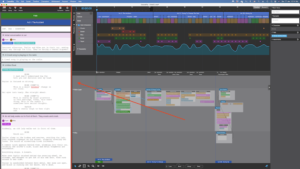 You also see that this screenplay is divided into different sections. We will learn in other sessions what these are and how you can use them.

Now, if you scroll a little bit down in the script, you see that there are two time indicators moving in these two timeline areas on the right side of the screen.

Just to be correct with the terminology that Causality uses, the upper part is actually called “timeline”, whereas this lower part is called “whiteboard”.

But both of them have time indicators that move along when you move the script, so they both order their elements along a time axis.

Okay, so next, let’s take a closer look at the timeline window, the upper part of the screen. This looks a bit like a timeline in a video editing software, and it also behaves a little bit like it. 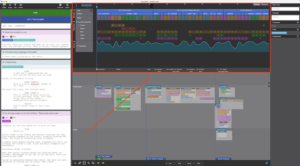 You have several tracks at the top for acts, scenes, and beats, and below that you see these colored dots that indicate, which characters appear in which scene.

And below that you also have a readability curve.

Then, at the bottom, the biggest window here is the whiteboard. 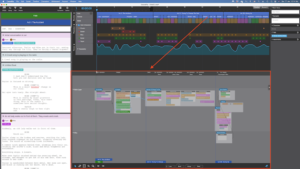 There you see more details. When you zoom in a little bit, you see that these are actually groups, and sub-groups of elements that hold certain information about the story.

Every one of these elements is called a beat. And those are actually the exact same beats that you see up top in the timeline, just with more information and in a different structure.

These beats can be grouped together in groups, so you don’t have them floating around all by themselves, because usually you will want to group a bunch of beats together when they are connected in your story.

And then, these groups can also be grouped together, and these are then called “blocks”. So, a block holds groups, and groups hold beats.

Then, you also see a couple of lines here on the whiteboard that interconnect certain beats. That means you not only have a collection of beats here, but you can also create throughlines and track certain things throughout your story.

Some of these connections are only visible if you select a certain beat. Otherwise it would be too confusing to have all the connections shown all the time.

If you have a beat selected, you see the information of that beat on the right side in this inspector-like pane. You see what the beat is called, you see it can hold a synopsis, characters, tags, and attachments. 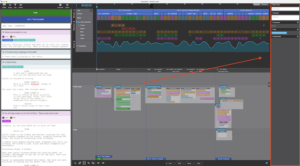 You don’t need to worry about all of that, we’ll look into that step by step.

So, just to sum up, Causality does not only show you the screenplay page itself, but rather, works on a beat-by-beat basis, and it let’s you structure and order these beats on a timeline in connection with your script, so you can see the inner workings of your story, and then the text on the screenplay page is more like the result of that story that you create based on beats.

Maybe that’s a good, simplified way to put it.