Let’s look at how you can get files in and out of Final Draft Mobile.

I’m showing you this on the iPad but it’s basically the same on the iPhone.

We have the start up screen here that shows you the locations on your device and on your cloud storage that you have connected, from where you can open Final Draft files. 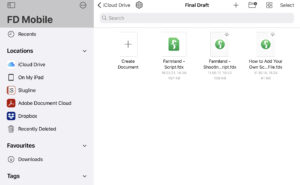 If it shows you additional programs like it does here, for example I can see Slugline here, which allows me to access the Slugline Folder here directly and if I want I can create a new file here, but I can’t open the Slugline files for some reason. 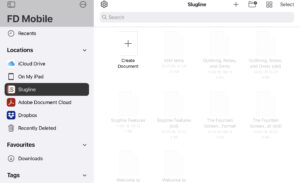 Anyway, in addition to this, you still have all the regular options for importing files, like sending them to yourself per email or just dragging and dropping them over from iTunes.

Which I haven’t done for a very long time actually. Feels so old school.

Anyway, just access the folder where you have your file and open it.

One thing about the pagination of your script. You can go back and forth between Final Draft Mobile and the version you have on your Desktop and the pagination will stay exactly the same. 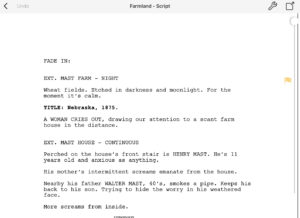 So, let’s export this to see how that goes.

Tap on that export icon in the top right corner, this square with the arrow that points away from it, and the export menu pops up. 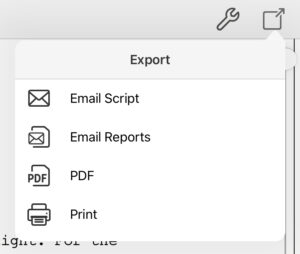 And here you have Email Script, Email Reports, make a local pdf and print your script.

That’s it. If you go to “Email Script” Final Draft Mobile will give you the option to export as pdf or in Final Draft format. 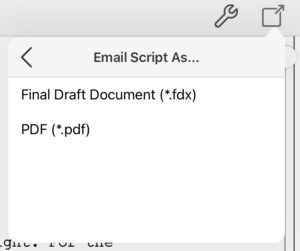 So there’s no simple text, AVID something, or whatever it was that you can do on the desktop.

Importing Your Script With Final Draft 12