In this article I’ll show you how you can generate reports in Fade In that will help you with your script breakdown or to give you some statistics about your script you may actually be surprised about.

To compile reports in Fade In, go to “Production – Reports”.

Those are the reports you can create:

This gives you a detailed breakdown of every scene, the scene number, heading, page number, length in eighths and the number of dialogues of a character. The first time a character appears in the report his or her name is formatted in capital letters. 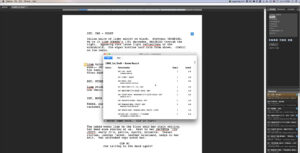 This is a list of characters in your script, along with numbers of total dialogues, speaking scenes, and total scenes. You can order the report alphabetically or in
order of appearance. 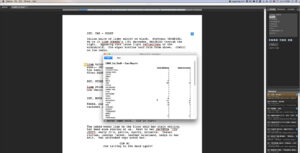 Gives you all the dialogue that is spoken by a specific character. This report is also useful when you’re rewriting the dialogue of one of your character because you’re not distracted by the way other characters speak. 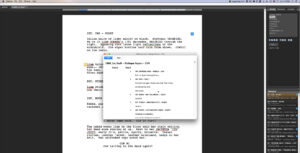 This gives you a list of locations, broken down into interior and exterior. You also get the scene number and page number for each location. 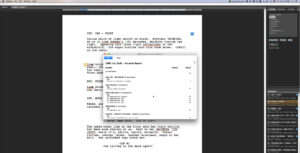 Sums up your notes in the document along with scene number and page number for each. 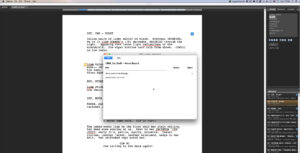 This compiles all your synopsis’, broken down by scene number and page number. 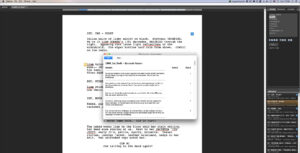 This gives you some interesting statistics about your project, for example how long our scenes are, what words you commonly used, and more.

You can print reports or save them as HTML, or as a comma-separated .CSV-file so you can import it into other applications. 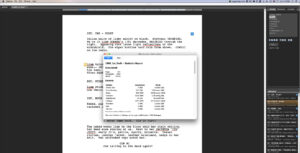 Automatic Backup and other General Preferences in Fade In