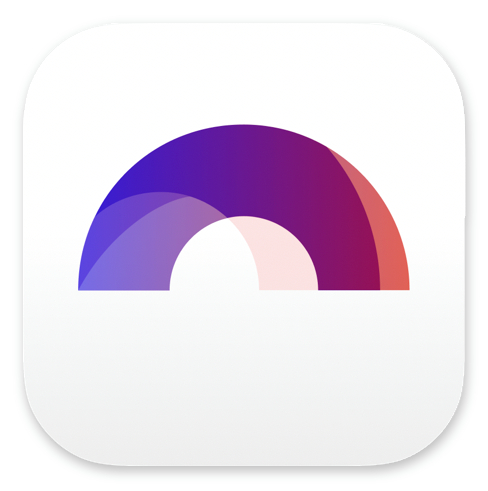 When you’re writing a script, chances are you will go through several draft before you arrive at the final version that you send out to producers. And we will look at how you can deal with different draft versions in Arc Studio in other articles.

But probably, when you’re in the rewriting stage, you’re not only dealing with complete draft rewrites, but you’ll also have to handle several versions of different lines in your script.

For example, there might be dialogue lines that you change several times, character descriptions that you rewrite, and so on.

The problem is, when you’re trying out different ideas and approaches, you will want to keep the best ones and then, at a later time, decide, which one makes it into the final draft.

And that’s exactly what alternates are for.

Alternates give you the option to save several versions of a line – or a screenplay element rather – and switch between these versions at any time.

This means you don’t lose your great ideas while you’re rewriting, you can just write several versions, and then later decide which one you think is the best one.

So, let’s see how it works.

To create alternates, just go to the screenplay element you want to create an alternate for with the cursor.

Then, on the left side of the screenplay element, click on the icon, and the element chooser dropdown menu opens.

And way at the bottom you see the option “Save as alt”. 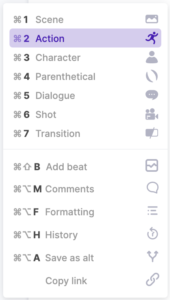 If you click that, a little “two-arrow”-symbol appears at the left of that element. And if you click on that arrow, a box opens that shows you that this version has now been saved as an alternate.

That means that now, you can just change that element to the new version, whatever you want it to be, and you will be able to go back to the version you had before at any time.

In the box that shows the alternate version, you also see that you can add more alternates if you want.

Just click the “Add alt” button on the right side to add another alternate version, and so on and so forth.

To remove an alternate, just click on “Remove” in the box that shows the alternate versions, and it’s gone.

So, you see it’s really simple to work with these alternates to make sure you never lose those earlier versions when a new ideas pops into your head.