Autocompletion Lists in Fade In

In this article I’m going to talk about lists in Fade In and how they can help you speed up your writing process by entering information you need regularly.

There are several lists that can help you with your writing process in Fade In. These lists give you several autocompletion suggestions for words that you use frequently. So you don’t have to write them yourself every time, but rather just enter them with a click or a keystroke.

If “autocomplete” is turned on in your preferences, Fade In will make suggestions based on the context. 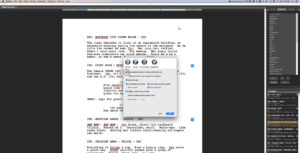 For example, typing “i” in a scene heading will bring up a list containing “INT.” And “INT./EXT.”. 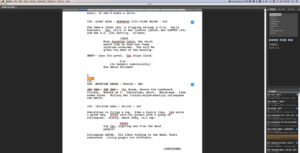 To select on of the suggested items use the up and down arrow keys to select it and press ENTER or TAB. Or click it with your mouse. To dismiss the list hit the ESCAPE key. To display a dismissed list again, hit ESCAPE again.

Characters are added to the list automatically. You can also add names manually if you like, or edit existing ones. The list can also be sorted alphabetically or be rebuilt. Fade In will then delete all existing names and rebuild it with the character names in your script. 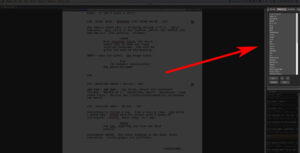 Locations are taken from the scene heading element and are also added to the list automatically. They too can be edited manually, or additional ones can be added. Sorting the list alphabetically and rebuilding it also applies here. 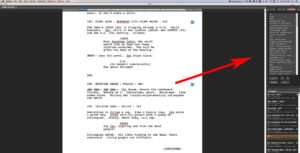 Other lists include entries like scene intros, times of day, character extensions like “V.O.” For voice over, “O.S.” For off screen, as well as transitions like “CUT TO”, “FADE IN”, and others. You can also add additional elements or edit existing ones. Resetting the list will get rid of all additions and changes and the list will be reset to its default entries. 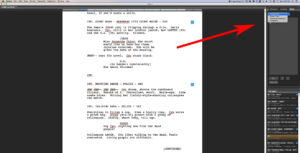 Adding Your Own Fonts In Fade In