How To Use The Research Folder (And Add Folders) In Scrivener

Let’s talk real quick about the Research folder in Scrivener.

Although, there is not that much to say, but maybe a couple of words about the general concept of how Scrivener deals with all kinds of files in a project.

As you might be aware, the draft folder is where your document goes, that one that you want to have as your final output, most likely, and basically the Research folder is where everything else goes.

In most templates folder it’s called “Research” folder, because that is what you will use it for most likely.

But, you can give it any name you like, and, the “Research” folder is just one folder, kind of an exmple folder outside the draft folder where you can store all kinds of documents and files. And more folders for that matter.

So, you can think of the Research folder – and additional folders that you create outside of the draft folder – a bit like a file explorer.

Theoretically you can import everything you like, and some file formats can be used directly inside Scrivener, for example audio files and some video formats.

Also, you can import PDFs and images and view them directly in the editor window.

One caveat though, as far as text documents are concerned, the same rules apply as with the draft folder. They are converted internally and they won’t just be a copy of the file you drag in, they might lose some elements apart from the text, that Scrivener does not store internally with text documents.

So, if you want to keep your original text file it’s best to have an external backup as well.

As for files that Scrivener is not able to display directly in the editor, if you go to the lower right corner of the editor, you see this little arrow button, and if you click this, Scrivener will open the file in an external editor. 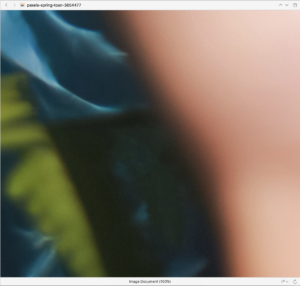 However, if you are using exotic file types it doesn’t hurt to make a test run first just to be on the safe side.

Also, when Scrivener imports files, if renames them because internally, files are not referenced by the name you give them in the binder. So, don’t worry if you open a file that has a certain name in your Scrivener project, and then all of a sudden, in the external editor you see a different name.

Bottom line here is, outside of the draft folder, you can go crazy with documents and folders, so my advice is, just play a little with that, see which files you want to have inside your project directly and which you want to store outside.

Because although theoretically you can store everything in a scrivener project, you might not want to in certain cases because it could increase the project file size dramatically.

Just keep that in mind.

How To Use The Draft Folder In Scrivener

How To Create And Use Template Documents In Scrivener